Community influencers and velocity seekers gathered to tell stories of their lives in motion, in an evening designed to discuss all things bike related, from ways to improve infrastructure to how biking has changed lives. 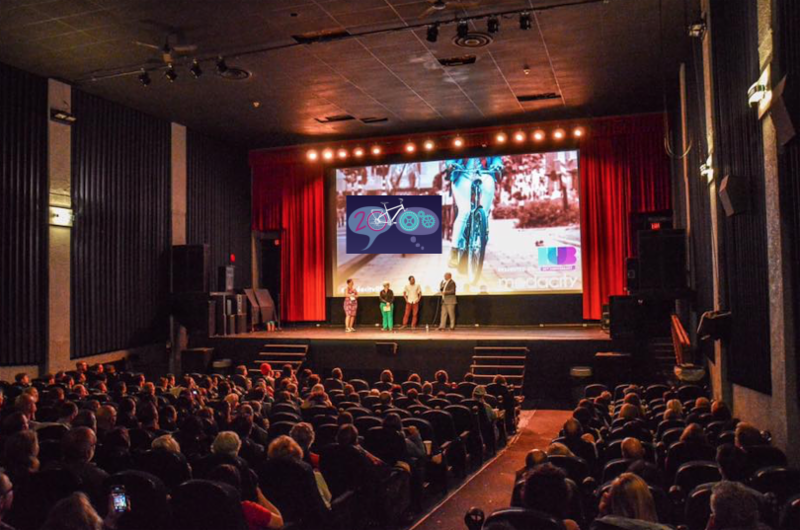 From influencers to policy makers, daily commuters to weekend riders, people who are passionate about advocacy and those that simply enjoy a pleasure ride on a beautiful day. The relationship between bike and rider is a special one and we aim to celebrate it!

This venue is accessible and has universal gender washroom facilities. For more accessibility info see https://thecultch.com/accessibility. 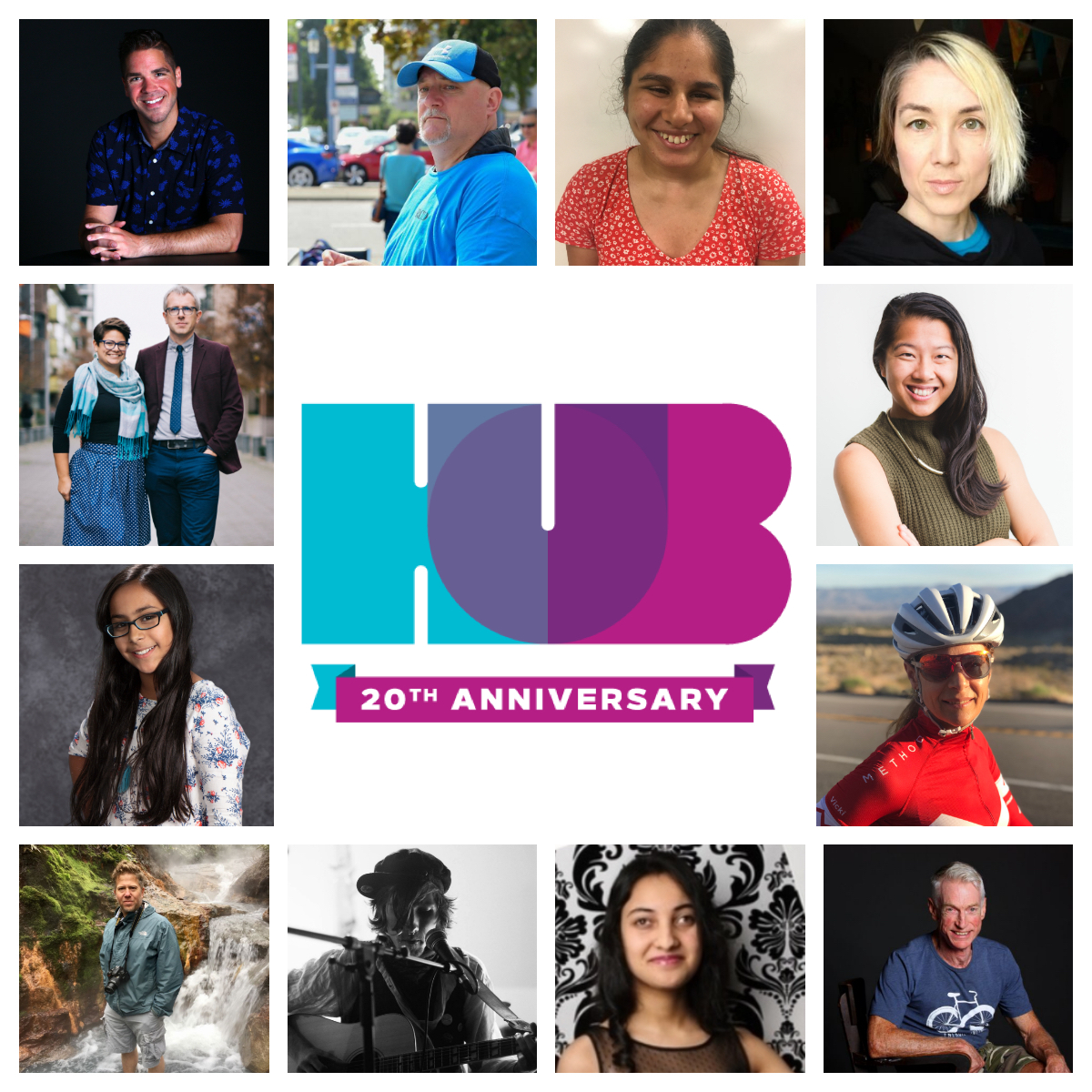 Melissa and Chris Bruntlett are the co-founders of Modacity; a creative agency using words, photography, and film to inspire happier, healthier, simpler forms of mobility. Together, they work with a variety of organizations—including municipal governments, transportation agencies, non-profits, and corporate clients—to address the evolving needs of cities large and small, and enable a variety of mobility options as a way to create successful and more livable regions. Their stories of emerging bike cultures from around the world have been featured in Momentum Magazine, Grist, Spacing Magazine, and the Huffington Post, as well as many local publications. Their new book "Building the Cycling City: The Dutch Blueprint for Urban Vitality" is now available from Island Press.

18 year-old Harjinder Saran and 20 year-old Seerat Khurana did not learn to ride bikes during their childhood. It is only recently that Harjinder and Seerat have had the opportunity to get onto a saddle and get pedalling. Due to their visual impairment, these two cyclists ride differently – with a sighted pilot on the front seat, and themselves as the “stoker” on the back seat. In May of this year, the Buddy-Up Tandem Cycling Program; an initiative through Blind Beginnings and BC Blind Sports (with a start-up grant from MEC) gave Harjinder and Seerat the opportunity to develop a love for cycling.

Harjinder is serving her 3rd year on the Board of Directors of Blind Beginnings as the youth representative. She enjoys public speaking and this past November had the opportunity to present at a TEDx Youth Conference. She is currently in her second year of her undergrad at the University of the Fraser Valley with the goal of becoming a social studies teacher.

Seerat is one of Blind Beginnings’ Youth Leaders who helps coordinate the Tandem Cycling Club each Sunday and was part of the team who won the grant to get the initiative started. Seerat is currently in her 3rd year of post-secondary studies at UBC in the Kinesiology Department and hopes to one day enter the field of physiotherapy.

John fell in love with cycling soon after he was taught to ride as a child. In his early 20s John moved into the West End and embraced being gay. At this time he also dusted off his bicycle and started riding again, eventually selling his car as he used it less and less. John says the 1980’s were an exciting time to be a young gay man in the West End as the cultural norms and expectations around sexuality where changing. HIV made them scary times as well. This combination facilitated an effective activist community.

Eventually John's connections in the gay community introduced him to transportation cycling advocacy in 1990. John says that Transportation cycling in the 1990s was where LGBT+ issues were in the 1980s, tolerated perhaps but not embraced, relegated to the fringes of society and not discussed in polite circles. Local advocacy struggled and Vancouver looked to Montreal and Europe for inspiration. John believes that cycling is now on the cusp and there is an opportunity to leverage the intersectionality that cycling has with other marginalized groups such as the queer community.

Moreno joined the BikeMaps team in Fall of 2015. He is based in Vancouver and helps coordinate BikeMaps.org promotion and community outreach efforts in the region. A graduate of SFU’s Faculty of Health Sciences, Moreno completed his thesis research on the Vancouver public bike share system. Today, Moreno coordinates the training of personnel and the logistics of data collection on a variety of public health intervention research studies that contribute to the design of healthier cities. Moreno views cycling as a solution to many health, social, and environmental problems, and as the centrepiece of a more sustainable, egalitarian, and inclusive society.

Vicki is a 54 year old mother of 2 teenage daughters (and a breast cancer ass kicker!). Vicki got serious about cycling to regain her strength and cardio after treatment. She says her husband gave me his old bike and soon she was hooked, signing up for many large rides and even climbing Mont Ventoux in France. Vicki started coaching spin classes again to help her stay in bike shape over the winter and encourage others to be active and healthy. Vicki says cycling is the perfect speed and that magical combination of experiencing the beauty of the outdoors while all your internal senses are firing. Vicki is committed to helping other women become more confident and improve their cycling skills.

Malvina Chhina is a grade 6 student from L'Ecole Bilingue Elementary. She rides her bike not just because it's good for her health and great for the environment, but also because she says it gives her the opportunity to be better aware of her surroundings. Malvina says cycling to school gives her the opportunity to clear her mind in the mornings and ace those dreaded science tests! Malvina hopes that someday, the roles will be reversed: there will be car lanes, and bikes would rule the road as cars do now!

Lisa Corriveau is a longtime bike commuter, car-share user, transit rider, & a mother of two in Vancouver. She is a member of the city's Active Transportation Policy Council, a Modo Car Coop Blogger Ambassador, organizer for Vancouver Family Biking, & an instructor for HUB Cycling. Her main focus is on cycling for all ages & abilities: advocating for better infrastructure; organizing workshops & events for families wanting to ride with babies & children; as well as teaching people of all ages how to ride bikes & cycling safety. Lisa writes about all of the above on Spokesmama.com. If you spot her carrying cumbersome objects &/or multiple children around the city by cargo bike, say hi or drop her a line on social media @Spokesmama.

In the year 2000 at the age of 34, Dave was hit with a rare aggressive chronic illness that took over his life. Over the next six months his illness and the treatments, made him function as if he were more than twice his age. He lost the ability to safely operate a motor vehicle and all other forms of transportation were painful and exhausting. It would not be long before he would have to go to a motorized wheelchair or be housebound. Dave took a chance that he may be able to ride an adult tricycle. He painstakingly adapted a “Buy & Sell” purchase to accommodate his needs and limitations. Over the last 18 years he has gone through three tricycles, several trailers and more zip ties than he would like to admit. In 2017 he purchased his dream vehicle: a “Vintage Green Electric Assist Johnny Loco Cargo Cycle”. In one year of ownership he has logged over 5000 km. Dave is adamant that Cycling did not just change his life it saved it!